If you aren’t aware positional plagiocephaly is the technical term for ‘flat head’ in infants. I heard about this with my older son, Luke, he was developing a flat spot when he was an infant and I worked and worked and worked with him to get his head in different positions to avoid needing a cranial band (helmet). Because of my experience with Luke I was very sensitive to this topic. But with Jonah he developed a flat spot and I just couldn’t get him to position his head in alternating ways to even his head out.

We took Jonah to his pediatrician and eventually to Cranial Technologies for an evaluation. We learned he had Torticollis, where his neck was turned more in one direction, causing the flat head. We believe it was developed in utero since he was so large and most likely wedged in the pelvic area prior to delivery.

We ultimately ended up getting a Doc- Band (or helmet) to help reposition his head to continue growing more properly. At the time I was overwhelmed by the news and a little disappointed. It was hard when he first got it on because everywhere we went we got questions about it. Some people thought something was really wrong and even asked to pray for him. The sentiment was sweet but really nothing was wrong he just had a flat spot on his head.

We did treatment for about 12 weeks and his head rounded out and couldn’t be more beautiful to this day. 😄 We even had his helmet personalized by an artist in our city. It turned out adorably. 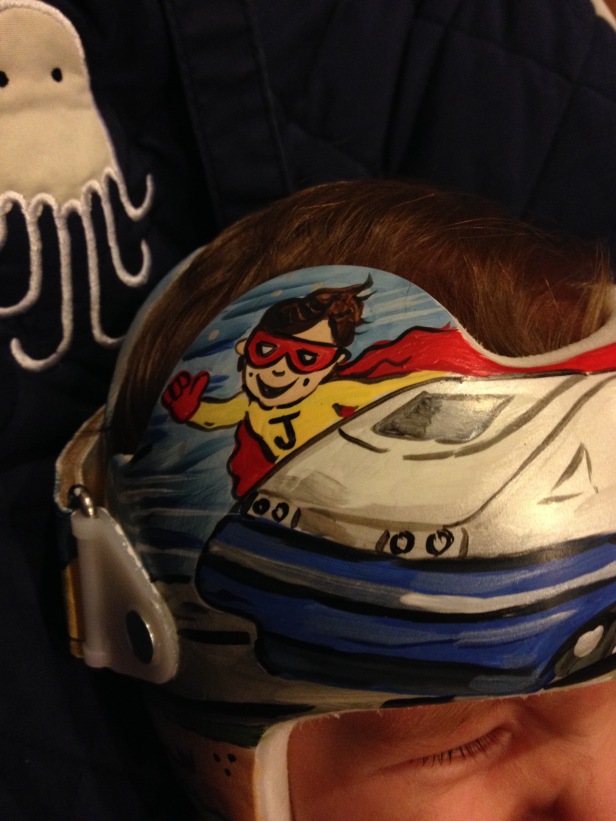 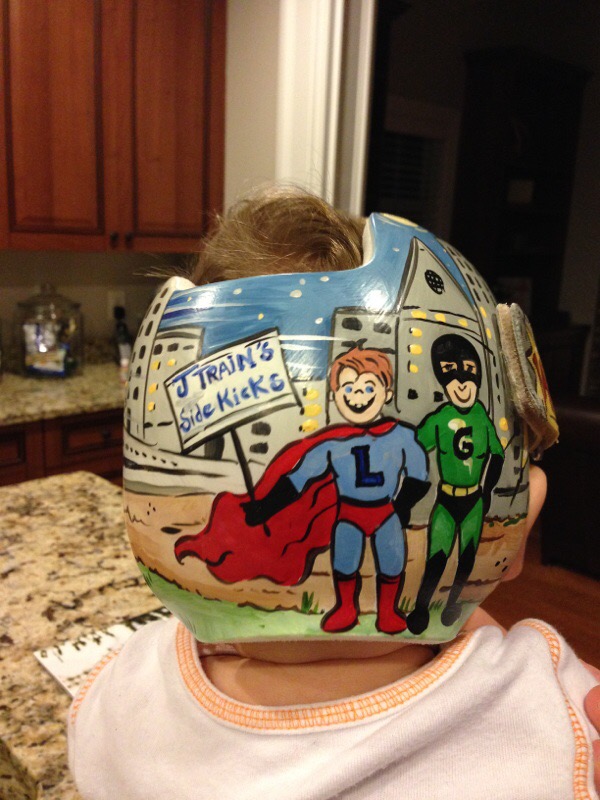